Applying for some really kickass jobs 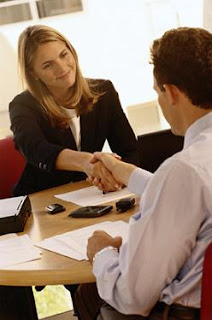 Being employed is a really great thing. It just makes life better. So, I've been looking for just that right job to make everything better.

It's times like these I wish that V.P. position over at Metro was still open. I might call them and see how they're doing on filling that position. Metro's service is growing, so it might be a great time to join the team. Now if they could just get their drivers to pay attention to stop lights.

Some fruitcake in Dallas named Lenore sent me an email to set up a time for a phone interview over a week ago, but hasn't called to talk with me yet. I'll keep you posted. I'm sure it was just an oversight. They're probably just busy, and dying to get me on board. I thought, Wow, I might get to move to Dallas. Well, until goofy HR folks start keeping their appointments, that's probably wishful thinking.

I had a phone interview for a position in the Houston area recently that I thought went pretty well. We'll have to see how that goes. I hope they think I'm a good fit for the team.

I got let go from a job once and the reason I was given was, "You're not a good fit for the team."

If a boss ever says that to you, don't let it get you down. That's actually code for: "You're much better at this than I am, and I fear upper management might realize that some day and my job could be in jeopardy."

Let's keep trudging forward in our search for the right job for John. Won't it be exciting to learn where I end up next? You'll learn about it first, right here. Sounds like it might be time to bookmark this site, doesn't it?

Keep me posted if you hear of anything. I'll relocate to anywhere for the right opportunity.

Remember, it's all about being flexible and a great team player. And that's me, I'm John, Mr. Flexible Team Player. I might even get some business cards made that say that.

I look forward to getting on board at your organization. Should be fun.
Posted by John Tyler at 10:59 AM