Will P.O.D. change the lyrics to arguably the NFL's best team anthem? 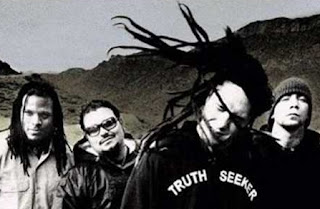 The NFL's decision to move the Chargers to Los Angeles creates a conundrum for San Diego's own P.O.D.

The band wrote and perform what is arguably the league's best team anthem, and it would be a shame to lose such an awesome song that so well represents town and team. Will they change they lyrics as a result?

The members of the band are probably among a large group of fans south of L.A. upset about losing an organization that has been a part of their life and civic pride since childhood.

Ask a Houston Oilers fan what I'm talking about.

L.A. football fans must now decide which team they will support, and San Diego fans have to decide whether to remain loyal despite the change in location.

This band has been incredibly loyal to their hometown over the years, so unfortunately this song is most likely retired.

If that is the situation, let's keep that song alive here.

Posted by John Tyler at 8:58 AM No comments:

Life continues to go on and on at the Gardens. My efforts of late have been to continue the process of building an online business. I've enjoyed the journey so far, but I'll be much more happy with the overall results once we see growth throughout the year and beyond. It's definitely a marathon, and not a sprint.

The Gardens (my current home) continues to serve as headquarters for myself and Pinnacle Creative. 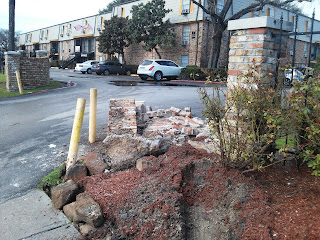 This has been a pleasant place to live. I think it's a tad funny that we still have a problem around here with folks occasionally driving into walls, or even smashing through metal gates and fences.

If you remember from a previous post, someone smashed through the metal gating in front of these apartments my first week here. Late Saturday night, someone missed their turn into the parking lot by about five feet and smashed into a concrete wall. I hope I'm wrong about this, but my initial thought was that cerveza might be involved.

You never know what might happen around here when the cerveza starts flowing.

My New Year's resolution has created the most drastic lifestyle change I have ever experienced on January 1. My resolutions are rarely like those undertook by most folks you hear about at the beginning of a new year. My resolutions generally involve how I think rather than how I look or my health. 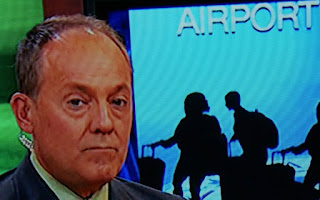 I no longer allow myself to watch live news broadcasts. I used to have the stuff on for hours a day. Every morning, then at 11 a.m for a hour, and then several hours each night. In an effort to start thinking for myself and stop filling my mind with the senseless diatribes of bitter and controlling people, I got all that out of my life. It sure is a lot quieter in here these days. Pandora has been very helpful at times, filling the room with trippy electronic music and industrial disco rock.

Internet radio is pretty cool, because you get introduced to music you might not otherwise get to hear. For example, I've really enjoyed this German band called Eisbrecher recently. I have no idea what the lyrical content is all about. For all I know, they might be singing about beating up your girlfriend with a tennis racket and sniffing glue.

However, it's all in German, so several hours listening to this music still leaves me feeling more upbeat and happy that listing to 15 minutes of Channel 13's torturous manure. Channels 2, 11 and 26 in Houston are a joke as well, so I just eliminated all of it.

I must also turn off all sports talk radio in the car, because I read in an old book once that I am to eliminate the counsel of the wicked from my life. They are demon-possessed bullies with a government license to do so. And I, for one, will not listen to that crap anymore. That's finished.

Speaking of sports, Super Bowl 51 opening night is Monday at Minute Maid Park. We're ready for all the excitement around here. I still haven't decided where I will watch the actual game yet (my ticket to get inside NRG Stadium that evening must have got lost in the mail). I'll keep you posted on where I'll be around town, for both the game and the festivities leading up to the game, on my Twitter feed. 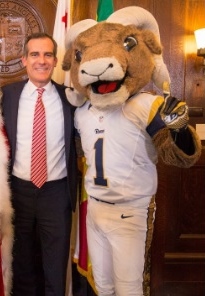 It just feels so good having the Rams back where they belong, and we need to celebrate that in the coming weeks. I look forward to rubbing shoulders with fans of the Patriots and Falcons in town. There might even be some Houston Texans fans out and about around the city. This is really an Oilers town, but you do occasionally run into one of those Texans fans.

I'll also see some of you at the feature films. Alamo Drafthouse has obtained the rights to screen four Stanley Kubick films this year. A Clockwork Orange starts the festivities on Feb. 21. The Shining, 2001: A Space Odyssey and Full Metal Jacket will follow throughout 2017. This is finally a chance to see these films on the big screen as intended.

I need to record a new podcast at some point to catch you all up on various topics and talk to my future wife as well. She's so beautiful and sweet, it makes me crazy.

You can stay up to date by following me on Twitter.

Posted by John Tyler at 6:37 PM No comments: