Quite possibly the most entertaining TV commercial I've ever seen.

http://www.youtube.com/watch?v=FJ3oHpup-pk&feature=related
Posted by John Tyler at 2:36 PM No comments:

One sister to Colorado 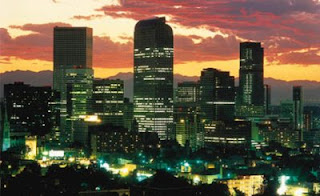 I got a call today from my sister, who reported that her and her husband accepted an offer from his employer to transfer to the Denver-area.

They've been considering this option and praying for many weeks, and now believe this is the right choice for them. They begin the process of selling their home in Houston.

She seemed excited about the prospect of living in a new town, although she is understandably not so happy about moving away from her family, leaving her church, the city of Houston, etc.

I told her that's what airplanes are for.

The only time I've lived away from her was when I was in the Marines, so it will be inconvenient not having her in the same city, but the offer was attractive and after much research Denver looks like a great town for them and my niece.

I will miss them, but I'm happy for them and look forward to seeing Colorado. I love visiting new places. I'll definitely have to get some Rockies tickets.
Posted by John Tyler at 1:25 AM No comments:

"In his heart a man plans his course, but the LORD determines his steps." - Proverbs 16:9

I had an interesting, fun evening. I went to dinner and then bowling with some friends. I'm not the world's best bowler, but I enjoy throwing the colorful ball toward those pins. I like the shoes, too.

The evening started, however, at a Christian bookstore. I arrived at the predetermined meeting place about 45 minutes early. The bookstore happened to be in the same strip mall I was to meet my friends at, so I went inside to burn some time. 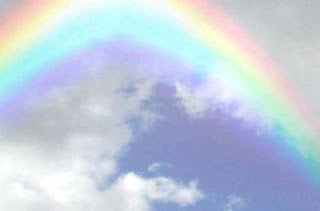 I recently had a dream that I felt was from the Lord, and I wanted to see if I could find a book on dream interpretation. I've actually had a couple dreams in the past few weeks in which I've seen rainbows.

These dreams prompted me to look up references to rainbows in the Word. The most obvious example is the one God put in the sky after flooding the Earth in Noah's day. There is another verse that states, "Look upon the rainbow, and praise Him that made it" (Ecclesiastes 43:2).

Anyway, I was looking over a book I located in the store on dream interpretation. I found an entry for "rainbow" in the book and it stated that within a dream this represents a sign of God's covenant, protection, or a promise from Him. I took some encouragement in knowing that He was trying to get a very important point through to me. We serve a convenant-keeping God. I realize that, and know it to be the truth, but I think sometimes God just wants to emphasize a point when we just ain't getting it.

He wasn't done, though.

I put the book back on the shelf and started looking elsewhere. Several minutes later a young woman from behind the register in the front of the store came back to my area and asked if I was finding "everything I needed."

Generally, I don't like it when I'm in a store and someone asks if I need help. I always feel like if I needed help finding something, I'd be smart enough to ask for it. But it turns out I did need some help.

"Anything catching your attention," she asked, smiling.

She reached over to the rack of books I'd previously been standing in front of. She then picked up the very dream interpretation book I had been reading out of...from hundreds of other books shelved there.

"How about this one?" she said, handing the book back to me.

Several rows of books stood between us while I looked over that book to begin with. How in the world did she know I had been reading that book?

"Well, actually, this is the very book I was looking at," I said, a bit confused.

"What are you dreaming about?"

I hope I'm doing this situation justice in my description, because it was weird (in a good way). It felt to me like one of those "God moments." She preceded to pull several other books off the shelf that were similar in nature, and handed them to me. I had three or four books in my hand at one point.

After explaining to her what the book had described about rainbows, she stated that dreams could be a way God steers you and "lets you know that you're right where you need to be."

By this time, I don't know what to think anymore. I'm really enjoying her insight on my book shopping, however.

She quoted from the book of Joel's second chapter that states that visions and dreams are part of the outpouring of God's spirit on the Earth in the last days. Then, to make things even more interesting, she said she had to run out to her car.

"A book that we don't have on the shelf today, but I want you to see it."

She came back in with a book entitled, "The Prophets Dictionary," including a huge section on dream interpretation. She just happened to have it in her car, mind you. We looked up "rainbows" together.

Finally, it was time to decide what book I would purchase. One of the books in my hand was called "Dreaming with God," by Bill Johnson. With our handy sales assistant still standing at my side, I flipped open the book right to page 78 in a chapter called "The Language of the Spirit." My eyes fell directly to these words on the page:

Unusual Coincidences. I have paid little attention to these for most of my life. It's only been in the last couple of years that His language has become more obvious to me in this way. While it would be wrong to say every coincidence has the voice of God in it, God is speaking through them more often than you might think..."

With that, I obviously decided I couldn't leave the store without the book. I'll start reading it tomorrow.

P.S. If you are the nice young woman at the bookstore and you happen to read this, thank you! Be blessed!
Posted by John Tyler at 2:54 AM No comments: