Obedience is an important part of the blessing, Willy

He had the word of God sitting on his coffee table at home, a testament to a life he wanted others to believe he lived, but a tasty joint after work every evening had become a staple in life he just refused to give to God.

Willy was becoming bitter, too. In many ways, he would look around at others in the church world and secretly covet the blessings he couldn't seem to attract into his own life. Yes, the voice inside of him screaming out for God's best and a better life was deafening, even so loud that it apparently drowned out the still small voice of God's Holy Spirit gently telling him to throw away his dope and get right with God.

He wondered quietly why his friends of old -- specifically the ones who had truly turned their lives over to God -- no longer came around. All this was happening while he had a hard time each month finding the funds to pay his water bill, electricity, and pot dealer at the same time.

One day Willy Frank read something on the Internet that would forever change his life. He read something on a blog that indicated God required obedience from him. That God tends to bless those who through a repentant heart and steadfast spirit chose to do His will. Willy was floored!

Doesn't God do that for all of us, in a sense? You and I may not be a pot smoker on a worship team, but we all can find areas of our life that stand between us and God's best. Bad attitudes. Unconfessed sin. A heart that refuses the voice of God month after month, year after year in a certain area.

Maybe, through God's grace and loving ways, we are all discovering what Willy discovered that day. It's time to come up higher. It's time to get things right.

Thanks for the inspiration, Willy. I'm convinced, as you get rid of the bitterness and weed, God is going to reach out to you like never before and lovingly show you the life you've desired. But not until then.
Posted by John Tyler at 12:55 PM No comments:

Whether I like it or not at times, being threatened with murder by state leaders and standing up against it has gained me some level of notoriety. With notoriety often comes information that is either completely in error or partially in error when concerning who I am now or who I was in the past. Let's go ahead and separate fact from fiction.

As you've heard if you've followed my story, one of the institutions I've had to stand up against is the media. I'm sure there are good people in the news business, they are just becoming more and more rare. Instead of searching for facts and asking for proof, they will make assumptions based on innuendo and rumor and then try to ruin someones life with it.

They might have succeeded in my case if they hadn't come up against a man like me, who frankly is smarter than them, more talented than them, and has the Living God on my side. That's not falling short, friends. Victory is mine.

I wanted to list a few facts so you all know the truth about my situation, in case through misinformation you might have formulated thoughts or feelings that are not accurate. If people in the media had bothered to do their job in my case, here are a few questions I might have anticipated them asking.

Q: We have heard that you're a party animal, a wild and crazy alcoholic and drug addict who is out-of-control, and that is really the reason you are in the situation you're in now.

A: Prior to serving Christ, I definitely would have been described by those who knew me as a partier. I drank alcohol quite a bit recreationally, and without being more specific I will tell you that I have used substances other than alcohol for the purposes of intoxication. I'm not proud of that, but it's a truth I'm not going to deny.

I think the best way to handle it is to let people know that Jesus Christ set me free years ago and today I don't even have a beer or glass of wine occasionally with a meal. In fact, it's been years since I've even had a sip of alcohol.

All my problems of this nature in the past were confessed at the proper time to Christian friends and people in spiritual authority in my life, to help keep me accountable. There are no big secrets that I'm trying to hide.

Q: Well, hold on a minute, John. We heard that someone has photographs of you doing something illegal.

A: If someone told you that with a straight face, I'm calling them a liar. I'm not saying I've never broke a law, but I am saying I never did it in front of a camera. If you want to make false accusations like that one, you best be ready to get the police involved. (I won't wait up late for them to knock on the door, because that's goofy.) Now, there might be photos of me partying that are out there somewhere, but that's the best you all can hope for if someone is looking to hurt me. Seriously.

If you think you can hold me hostage with something that doesn't exist, guess again. If you imply it again, you better be ready to defend it in court.

Q: Are you denying you used to hang out at Numbers?

A: Friends, I went to Numbers for the first time in 1988, and I continued to go to Numbers sporadically up until I stopped clubbing several years ago. Me being at Numbers is not news. It was my favorite nightclub, simply because the music is unmatched. I mean, just listen to this song, so full of great ministers of the Gospel! In fact, I hope Wes plays it Friday night in my honor. I've probably been to Numbers hundreds of times, and I could probably find photos of me at Numbers around here if you're really interested in seeing me at Numbers. It's time for us all to get past that one. Goofy.

Q: I heard you're quite a ladies man. A real womanizer. How do you respond to that?

A: Well, you tell me: I haven't even kissed anyone on the lips in seven or eight years. I haven't dated, or taken a girl on out on a date, even as a friend, since I lived in Galveston, and that was in 2001 or something like that. Even before Christ, I was never the kind of guy that went out with lots of females.

Even when I was running from God, I've had a pretty strong feeling that He had set apart a particular woman for me, and because of that my dating has always been very minimal. I'm not against dating, but I have always had the policy that it doesn't make sense to date someone who you ultimately couldn't see yourself married to. If that's a womanizer, maybe I need to redefine my terms, but I honestly don't think I am or ever was.

These are the ones that are most important for me to address right now. More may come later. If you have heard something about me that you'd like me to answer, please feel free to email me.

Here are the facts: I'm a born again Christian who is not perfect but I'm trying as hard as I can...and I have been for years. Anyone who tells you differently, or implies differently, is revealing less about me than they are about themselves.
Posted by John Tyler at 12:25 AM No comments:

Have you made anyone smile today?

I just wanted to take a few moments to encourage you. Today, why not find an opportunity to make someone smile?

Compliment a co-worker. Send an e-mail to your favorite newspaper writer and let them know what a fantastic job they're doing. Help an old lady across the street. Join the Peace Corps. 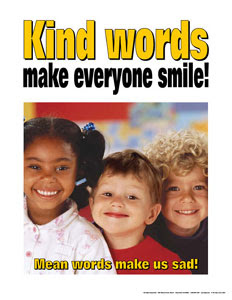 There are simple ways we can all contribute to make this world a better place. Plant a tree. Throw a couple ham slices over the fence for the neighbors dog. Maybe you own a traffic exchange? You could send an email to your entire list telling of the exciting cash reward pages in rotation, and then give away ten cents every once in a while.

Listen, with all this talk on Anderson 360 about how bad the economy is getting, we may all need to find new, practical ways to make a difference in the world around us. When was the last time you had a group of friends over just to wash their feet? Without knowing your answer, it's probably been too long.

We each should ask ourselves during this period, how can I be the outstretched hand of God to a lost, dying and hurting world? Have you seen the lines at the food banks lately? Put together some can goods and give them the Octuplets mom, or some other single mother you know who might be struggling.

Consider buying the new Delirious? CD. Pay the toll for the car behind you. Call a radio station and request a joyous, happy song.

I could go on and on, but I think you're getting my point. Let's go out of our way today to let someone know they are valued. Just remember, that person standing behind you in line at the Post Office this afternoon is probably 60 days behind on their mortgage payments. They may have just lost their automobile, or could be three weeks away from losing their job and don't even realize it. A simple smile and kind word might be just what they need today.

If you happen to be a Bible person, you might want to quote Romans 8:28 to them. Or, if you don't believe in the Bible, just tell them everything is going to be fine.

Today is a fantastic day to be happy to be alive, and to make someone feel that way as well. Get to work.
Posted by John Tyler at 5:15 AM No comments: