Having a challenging day? God is doing something amazing in your life

"Look at the nations and watch—and be utterly amazed. For I am going to do something in your days that you would not believe, even if you were told" (Habakkuk 1:5).

Have you considered the reason you're having to let patience work so much during this season of your life is because God is doing greater things behind the scenes than you first thought? 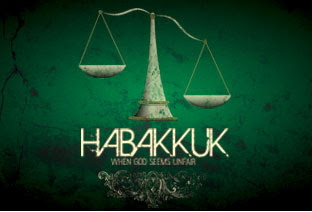 Habakkuk had that situation happen in his life as well, so you're in good company. In Habakkuk's time, some pretty bad folks were really making things difficult for him and his people, and he spent a little time complaining to God about it.

Justice was seemingly paralyzed because of the highly oppressive nature of his foes, and he was a tad frustrated with God. At least, that's how I read it.

God's response is interesting. The first thing God does is remind Habakkuk that he needs to look beyond the current situation. Not to ignore his current circumstances so much, but to be cognizant of the fact that God is working out a greater manifestation of His power and glory as a result. It's sort of like Jesus enduring his cross for the joy set before Him (Hebrews 12:2).

God was trying to increase Habakkuk's vision, getting him to recognize that God was in control and had amazing things in store, no matter how persistent or overwhelming the problems appeared in the natural realm.

Maybe you have been in an incredibly unfair or difficult situation for a long period of time. Maybe you feel like God has forgotten about your cause, or that he is unwilling to sympathize with you or unable to bring about the desired end you've been waiting on.

Why not look beyond the temporary discomfort, and believe the greater things He's accomplishing on your behalf? He's apparently doing something so amazing you wouldn't even believe it if He told you. That's a promise in His word. Even if you have to do it in faith, why not believe that he is always faithful, even when in the short term it might not seem like it sometimes.

If it feels at times like life is stuck somewhere in the first four verses of Habakkuk, read the next verse. This time is not a waste, and His plans for us are greater than the ones we even have for ourselves.
Posted by John Tyler at 1:55 PM