By next week we enter a new phase in my 'wait'; I run out of food

During these years that I've waited for people to either get their shit together or start doing what's right, one thing has consistently been the case: My basic needs have always been met.

Sure, I might have found it necessary to use someone else's toothpaste or deodorant occasionally, but I've always had something to eat when I needed that.

Today, I will put another two cups of water on the stove to boil my last package of ramen noodles, and I'll soak my last pound of beans overnight. I'm more concerned about these dogs than I am myself. They probably have enough food to last until the middle of next week.

This process has changed me in ways I never could have imagined just a few years ago. If you've followed my blog for many years, you've undoubtedly noticed some of those changes. This shook me to the core and challenged everything I believed about human nature, standing on principle, doing what's right even when it's extremely difficult, and even faith itself.

I'm not the same person I was five or six years ago. In some ways that's very good, and in some ways it may take some time for me to get used to what this has done to me. I'm happy that I broke free of some of my long-held mindsets, while at the same time I've become increasingly cynical and skeptical of other people in general. I've never been like that in the years past, and that is a change in me I don't particularly like.

After years upon years of "Good things come to those that wait" and "Don't worry, brother, the Lord is fighting your battles for you", I've finally reached that critical point where I realize that most people (at least in regards to my situation) have either been ill-informed, full of shit, or simply lying.

Someone once said, "When hard times come, you can either get bitter, or you can get better."

I certainly hope I'm getting better, because I'm fucking pissed off.
Posted by John Tyler at 12:50 PM 3 comments:

Did you enjoy the debate? Here's another track for the eClub

My favorite part of last night's debate was when Rick Perry called Herman Cain his brother. That made me think of this song. Here's another track for the eClub.

And Mitt Romney...watch out...your name is apparently on that list! ;)

Posted by John Tyler at 2:48 PM No comments:

I'm wearing my own deodorant today, and my thoughts on the presidential race 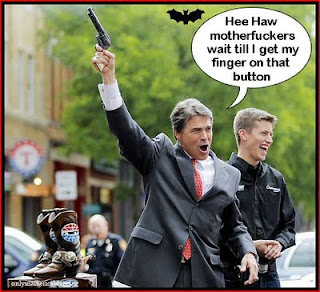 I haven't posted here for a while, so I thought I'd take a moment to type some thoughts out on the keyboard.

First, Princess, you are awesome! I look forward to spending time with you. How soon? Hopefully soon, baby. I wish I knew for sure.

Thank you for your military T-shirt purchases -- I want to thank my customers at USMCPrideOnline.com and NavyPride.net. Recently I've been wearing my own deodorant and brushing my teeth with my very own toothpaste for the first time in many months, and those goodies were funded completely by the sale of T-shirts and other gear! Thank you very much, and don't forget that you can purchase any type of clothing product using the search box on those pages, and Cafe Press forwards the commissions to me. I appreciate you greatly.

Additionally, I am now an affiliate of Travelocity.com, so if you plan to travel in the future please use that link to see if they can save you some money.

I'm finally on Facebook -- I've joined the rest of the civilized world and created a Facebook account. I will use the site more often in the future, but for now I've authorized Twitter to post my tweets on my FB page. That will be the way I post most of my FB status updates in the future. I see the incredible potential of FB for marketing and branding possibilities, but it seems like using FB in tandem with Twitter is a better way to reach a wider audience.

Who do you want to be your president? -- In response, you really should ask this question: "What kind of country do I want to live in?"

Have you been watching these folks that want President Obama's job? Herman Cain is my favorite of the bunch, although I'm not sure he could beat President Obama in a general election. I can't say if an electric fence at the border would go over too well, but a $9.99 supreme pizza at Godfather's Pizza definitely would. I'm a little frustrated with him because they closed the Godfather's on Center Street in Deer Park, Texas. That really is good pizza.

I'm not an economist, but if this 999 plan is at all plausible, I hope to hear more from him on the campaign trail.

I just don't know what to think about Gov. Perry. He's been governor of Texas practically the entire time I've been sitting around waiting for justice. Doesn't the University of Texas System report directly to him?

He says the rest of America should be like Texas. I'm not so sure of that.

Texas is, in fact, a great state, but the politicians here are weird. Perry once said, "Dead, fall dead," in a spooky voice to a group of reporters. He claps loudly when the president walks down the stairway from his plane (I'm not saying the two things are related, they're just strange). He's the only Austin resident in years to kill an animal with a handgun. Recently on the campaign trail, he stood in front of a huge photo of the White House and made a loud clap noise with his hands, then gazed into the camera with a look on his face like he's nuts. He might be nuts.

If all that wasn't enough, he recently released this incredible work of art the day the President of the United States landed in Dallas.

These are just some examples that immediately come to mind. I don't know what the hell is going on with Rick Perry, but I do know I'm not ready for him to be the most powerful man in the world. He needs to fix the messed up situation in Texas before he asks for more responsibility, in my opinion. Then, as long as the Secret Service thinks he's funny, maybe he can be president someday.

During a previous debate, I saw Michelle Bachmann and Newt Gingrich secretly handing each other something below the waist as they cut to a commercial break. Now I think they might be on drugs.

Mitt Romney is most likely going to run against the president (and he thinks Jesus came from a planet named Kolob). It will be interesting watching these people jockeying for position in the coming months.

Are you ready to roll your eyes? Get ready for a Chasm Talker convention tonight as the GOP folks debate on CNN. Let's watch to see which one of them says the goofiest shit. 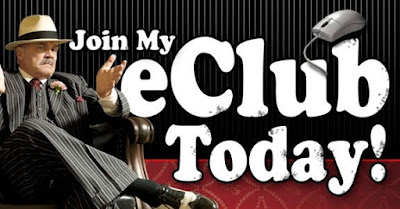