In hindsight, maybe Gospel Goth music wasn't such a bad idea after all

You want to see something a little different? As strange as I thought the idea of gospel goth music was at the time, I'm starting to think these Warriors of Truth are on to something. Let's see if we can get them to Numbers at some point...on that big stage that now covers the steps we once loved sitting on.

Very interesting. This is Saviour Machine live in Germany.

Posted by John Tyler at 8:03 PM No comments:

Tom Green is more funny than almost anyone on television right now, and we rarely see him

Have you ever wondered why Tom Green never really realized his full potential in U.S. television or film?

The YouTube clip you're about to watch from the former Tom Green Show is as funny, if not more funny, than anything you currently see on television in the United States (or elsewhere). I just can't figure out why we don't see more of him.

More funny than almost anybody, and I'm not picking on any of the folks I just named. They are all extremely funny people as well.

But who else would stand in that Japanese subway and ask how many people like potatoes and bananas? From the incredible drum performance, to the Pizza Pie song before a stunned crowd, his comedy brilliance is both unique and underrated.

Don't take my word for all of this. Press play and enjoy.

Posted by John Tyler at 4:53 PM No comments:

Things could get a little crazy at the ballpark next month. And I like crazy

Have ya'll already purchased your tickets for the ballgame next month? The world famous Los Angeles Dodgers take on the Arizona Diamondbacks April 14 in what promises to be a silly evening at the stadium.

If you don't have tickets yet, or don't think you'll have the ability to get into L.A. that day, you can easily watch all the festivities via the Internet. Simply search "Watch MLB games online" on Google for a live stream of this important event. 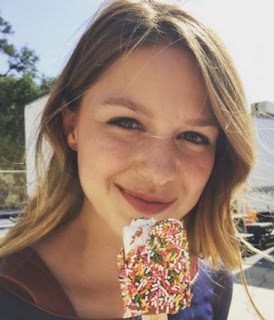 Houstonians, you should never feel left out. Did you know that for about the same cost as one lower-level Houston Texans ticket and parking pass at NRG Stadium, you can have a single ticket to a L.A. Dodgers game in left field, plus transportation to and from L.A. from downtown Houston, if you're a smart shopper?

Going to Dodgers games is just as affordable as going to Texans games. So maybe I should go more often.

Maybe we'll get lucky and have a flyover from Sprinkles.

Posted by John Tyler at 8:10 AM No comments: