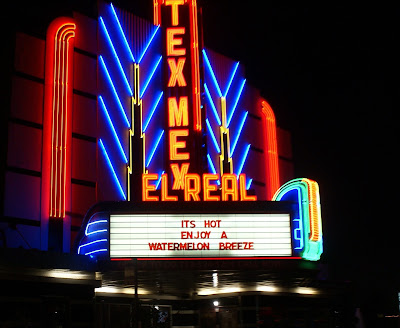 The lovely lady said it was "time for some queso." I drove by this historic location in the Montrose area of Houston today and those words echoed in my head.

It's time for some queso, and probably some delicious flank steak wrapped in tortillas with grilled onions and bell peppers, smothered in a spicy red sauce. That sounds like a good time.

So much history in that building. Long before you could chow down on some tasty Tex-Mex, that place was the Tower Theater, one of the smaller live music venues in the area in the 1980s. The first time Stryper ever played Houston as the Yellow and Black Attack in '84 or '85, they played in that building. Opened in the 1930s, it's been a movie theater, a nightclub, and years later you could rent movies in the place after they turned it into a Hollywood Video.

Now, it looks like a pretty good place for some queso. And a Watermelon Breeze, whatever that is.

My mind is as blank as a fart, but I'm sitting down to write on my blog anyway 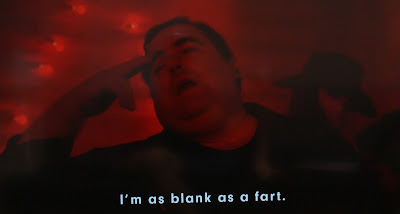 Blogging has been more difficult lately because finding topics in my seemingly mundane life can be a challenge.

However, you should probably know that I have extended my lease for a third year in Houston at the Gardens. Running off to another city, or rendering myself difficult to locate, is probably not a good idea right now. I want my angel to know where I'm at so she stays at peace. This way she always knows she has access to me if she needs me. The time to move will come eventually.

However, when finding topics to blog on I noticed that my life has fallen into a routine that isn't really conducive to a lot of writing, and that's okay. I'm enjoying this part of the journey for the most part.

While watching a David Lynch film the other night I thought the guy pictured above perfectly described how my mind often feels when I sit down to catch you up on recent developments. I like to blog during periods of activity, or when I moving around from one place to another. Maybe the future will feature more of those times.

Buying and selling online has become a lifestyle for me lately that I have taken to quite well. There is so much stuff around us everyday that people are looking for elsewhere. I've dabbled in several online ventures over the years, but finding tangible products that people want or need at a discount and offering them on the Internet for a profit is the easiest way to generate money without having someone else write you a paycheck. I may work on an eBook someday to help others do this. If you are self-motivated and persistent, it's actually quite a bit of fun.

Who knows how long I'll keep up the excitement, but it sure beats allowing myself to be yoked again by the burden of slavery. Maybe I just haven't found the right slave drivers yet. When I find the leader (or leaders) that fairly account for the unique skills I bring to the table and believe in fairness for all employees, I might decide to put those chains back on. 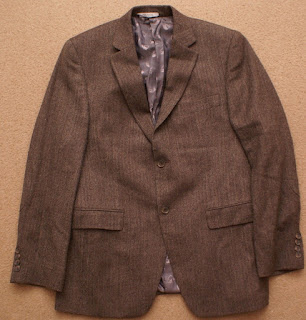 Until then, anyone need an elegant Lord & Taylor herringbone blazer made with the finest wool known to man? That's really more interesting work anyway, and I have complete control over my schedule. In short, it's a better way to live.

Working from home has been really cool. I usually have plenty of daytime television on while I work on my computer, which is an incredible treat. My favorite right now is the Dr. Phil program, or as I like to call the show, "Our Family's 15 Minutes of Fame for Being Completely Screwed Up." Dr. Phil looks genuinely concerned at times sitting in that chair, but he's laughing at those fruitcakes all the way to the bank. I have no idea how so many people agree to appear on these shows. Maury Povich has a pretty good show in which he gives lie detector tests to guys who are suspected of banging their girlfriend's BFF (among other moral failings). That show is occasionally entertaining, with people jumping around and screaming and hollering at each other. 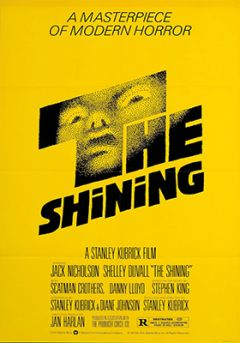 I need to get more excitement in my life when I'm not working. I wouldn't mind just hanging out with the Princess from time to time. That would sure make things more pleasant. Until then, I'm just going to take some more pictures of clothing items. Does anyone need a pair of Levis 526 Slender Boot Cut jeans? I'm pretty sure I have at least one pair of those.

See you all out in Katy, Texas for the screening of Stanley Kubrick's The Shining. Princess, I'll pick you up a ticket if you need one. They haven't announced a date yet, but tickets will probably go on sale in the next couple months.

Posted by John Tyler at 7:46 AM No comments: