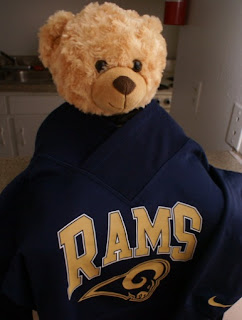 Posted by John Tyler at 8:47 PM No comments:

Suggested listening for new readers of this blog

I posted Rebecca St. James' Wait for Me on my Twitter account today. That got me thinking about the origins of this blog.

I began blogging in 2005. Initially called John is Waiting for His Princess, I thought this blog might represent a unique way to pursue a potential wife who may or may not be accessible to me at the present time.

Once I started on Twitter, I found that the videos I post would often draw attention to the blog or podcast, while furthering the whole concept of seeking love and marriage.

I first started reaching out to potential wives on the Internet in 2005. 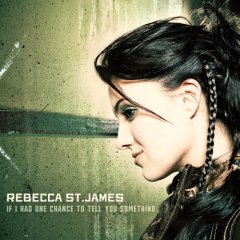 While there might have been artists who contributed before then, there is one album that I consider the most important of that time period, an album I credit with really kicking this thing off.

That album is Australian native Rebecca St. James' release entitled If I Had One Chance to Tell You Something. If you are a frequent reader this blog or if you find what I post on Twitter interesting, this record is a required listen. After its release that year, the album fascinated me and truly got me thinking the way I do about using music as a means to attract a bride or tell a story.

One little secret for Rebecca: Those roses you received on Valentine's Day during this tour with Ephesians 3:20 on the card were in fact from me. I thought afterwards that I probably should have put my name on the card as well.

I think very few people realize that I don't consider Los Angeles or New York (or any place overseas) as the launching point of most of this stuff I post. For the most part, this idea for a blog caught on with me because of contributions from Nashville, Tennessee, and my stubborn instance (or faith) that the woman you see on that album cover was going to be my wife someday.

It sure was fun believing that at the time.

Always love and respect here for Rebecca, her husband and her family.

Posted by John Tyler at 1:53 PM No comments: